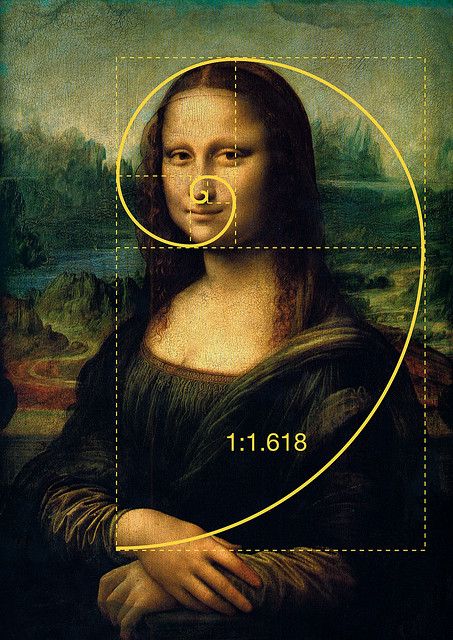 Mona Lisa (also known as La Gioconda or La Joconde) is a 16th century portrait painted in oil on a poplar panel by Leonardo da Vinci during the Italian Renaissance. The work is owned by the Government of France and is on the wall in the Louvre in Paris, France with the title Portrait of Lisa Gherardini, wife of Francesco del Giocondo. It is perhaps the most famous and iconic painting in the world.

But this is what’s really cool: Certain solar system orbital periods and relative planetary distances are also related to phi. Some scientists say that the shape of the universe itself is a dodecahedron based on Phi. Here you can find some mind-blowing facts:goldennumber.net/solarsys.htm

GoldCosmetica is developed and produced in Germany by J.G. Eytzinger GmbH.

alles lesen»
back to top